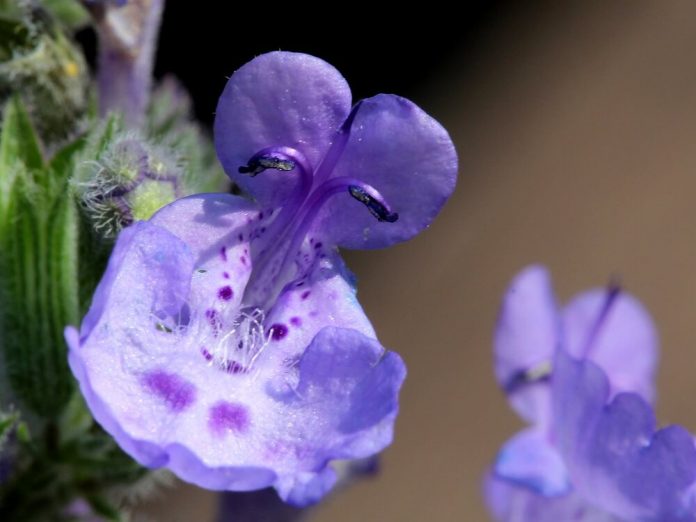 Are you a cat lover, or have you ever just watched them and thought about their lives? And have you ever wondered what your cat does when he's not sleeping and you can't see her? Maybe not one of them fits you, but on the contrary, you only like humorous videos and articles on the topic of these animals.

And when you're browsing the internet, you can take a look at the information that even your cat may be secretly looking for a "catnip", that it secretly orders it from online pet stores and buys these goods for smuggling among cats 😀

If you know the name "catnip" and you are one of the people ordering these goods, you may not be surprised, but if you are a person like me who never examines cat life, I believe in your momentary stiffness and pause over these claims, as it was for me.

If you order goods marked with the English name "catnip", you will surely know that the real name of this tempting drug for cats is Shanta Cat. On further search, you will find that this herb is part of many cat toys, cat scrapers and many other products. So if you want to lure your cat somewhere, choose this distant relative of marijuana, who is guaranteed to attract them and then put her in the mood. This is one of the reasons why this herb is called cat grass or cat cocaine and is known around the world for this ability.

The ancient Romans used the aforementioned herbaceous herb for medicinal purposes and cooking. It was cultivated by the first settlers who brought it to America for both medical and food use. It has also gradually become domesticated in America. Its popularity has grown along with the United States, but it originates in Europe and Asia. And for these reasons, you can find it in stores under the name "catnip". Today, the lesser-known herb Šanta kočkov was previously a widely grown plant in our country for medicinal purposes. There are about 250 species of shantas, but there is only one attracting cat, the cat. It is also said that this herb is directly intolerant to rats and is avoided where it grows, just like mice. It grows wild on the edges of forests, on ledges and on walls.

If you decide to grow it at home, it will probably not be a complicated matter and it is best to accommodate it by placing it in the sun or in partial shade. However, it can also be grown as a houseplant in the apartment. Plant it at least 30 cm apart and in the autumn it should be shortened by pruning the ground. This densely and shortly felted perennial herb is strongly aromatic and grows to a height of 0.5 to 1 m. It grows in smaller clumps. Its erect, branched and hairy stems are enriched with supportive petiolate leaves, growing to a length of 0.5 to 2.5 cm. It blooms with white and reddish flowers blooming from the end lichoclases. Their lower lip is purple dotted in the middle. For therapeutic use, it is good to dry Shanta hanging upside down in a ventilated place and not be exposed to direct sunlight.

It is recommended to store the dried Shanta in airtight containers stored in the refrigerator or freezer. This drug is really an important pleasure for cats, but it is not so important for humans and other mammals. An ancient theory says that the Egyptians, famous for worshiping cats, were the first to offer this drug to cats. And we probably owe them information about the effects of this herb. The leaves and stem contain the substance nepelactone, which has a strong effect on cats and attracts them. It also contains carvacrol, thymol, citral, nepetic acid, iridoid substances, glycosidic bitters and vitamin C.

Researchers say nepelactone is about ten times more effective as a mosquito repellent than DEET, the active ingredient in the vast majority of repellents. It is believed that this substance protects against other insects and is therefore created by some species of ants. Some views compare the effects to marijuana and others compare the effects to LSD, they are hallucinogenic. In some cats, they were observed rolling and crawling on the floor, which was originally attributed to their heat, but in the end this behavior also manifested itself in cats. Furthermore, cats showed non-sexual behavior, excessive playfulness or hunting and chasing imaginary things. Usually, the cat rubs against Shanta, sniffs at her, licks her and finally starts chewing her.

An interesting and observable effect is that when sniffing Shanta, the cat is stimulated, but after ingestion, on the contrary, sedative effects appear. Sniffing only puts them in the mood, but ingestion and disintegration is likely to release more nepelactone, making the effect much stronger. Euphoria caused in this way usually does not last longer than 10 minutes. Shanta is completely harmless to cats, it is not addictive, its use is not accompanied by any side effects and they can not be overdosed, because they know in time when they have enough and do not eat other bites. So whether cats are struggling with hyperactivity, drooling, or looking for fights with other cats, the effects are always individual, just like in humans.

One old story describes the life of a executioner who had to chew Shanta before each execution to be able to perform it at all. And this herb, potentially classified as hallucinogenic by Americans, is also mentioned in the book "The Herb Garden," which states: "Chewing the root is said to make even the finest man a wild and irritable person."

Fresh Shanta leaves can be used as a component of fresh salads and very tasty tea can be prepared from dried flowers. The infusion from the plant helps to reduce fever during colds, against headaches, as a mild sedative, and even for stomach problems. It helps a person to sleep and sweat without raising his body temperature. This infusion is also a good helper to release a stuffy nose. It is used as a component of the infusion for children to alleviate children's colic. The infusion can also be used by breastfeeding mothers, but is not recommended for pregnant women.

Shanta acts as an antispasmodic and anesthetic, as a remedy for flatulence, is diuretic, helps with muscle pain, colds or toothaches, has anti-rheumatic effects and acts against hemorrhoids. The proven effect is also in external use to reduce skin irritation and fresh moistened leaves can be applied to cuts.

Shanta Cat also has its own magical and ritual use, where it served together with rose petals as an amulet of love and large pressed leaves were used as bookmarks in magic books, where they allegedly attracted good spirits and happiness. In the past, people smoked it dried to ward off the ordinary miseries of life and it was also used in rituals to increase beauty. So you can also use this cat grass, for example, as an additive to the bath, when, after being thrown into the warm water, it releases the essential oils, thus preparing a fresh mint bath for you. So if you decide to try it yourself or get it as a pleasure for your cat, I wish you a lot of fun and especially stronger health for all users.

Collect the stems at the time of flowering, in early summer, in sunny weather. Collected earlier in this way, only flowering, is the most effective. Then dry it in an airy, dark place hung in thin bundles and keep it dry.

- Two to three times a day, before meals, use an infusion from a heaped teaspoon cut tops into a cup of water.

- Externally, you can use the shant in a similar way, such as comfrey - slurry heals bruises and irritated skin.

For interest yet smoking cessation drink: 3 parts lemon balm, 1 part valerian root, 3 parts dandelion root, 2 parts divisna leaves, 2 parts meadow clover leaves, 2 parts raspberry leaves, 2 parts peppermint, 1 part cat's shant, 2 parts alfalfa. Let the roots cook for about 10 minutes, then pour the broth into a container with the other herbs and let it infuse for 15 minutes. Have a few cups a day - for every taste of cigarette. 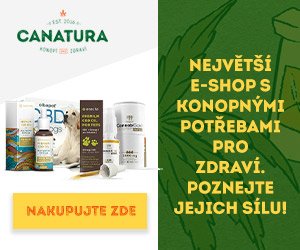 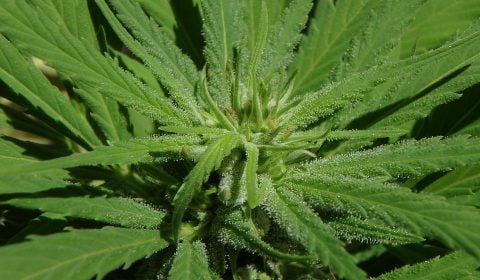 You can soon buy cannabis in farmers at farmers' markets

News 17.7.2017
Coffee shops can be found in Amsterdam, the Netherlands, every step of the way. But would you like to buy marijuana at farmers' markets? In sunny California, it's already ... 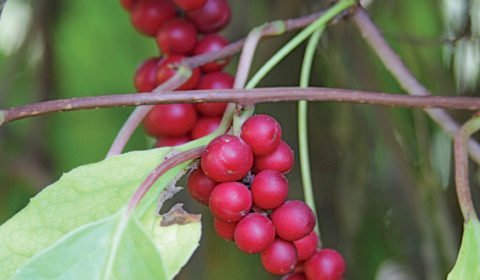 Herbs 6.8.2018
Schizandra is the fruit of a plant with the Czech name klanopraška or Chinese Magnolia (Schizandra chinensis). Red berries and various drinks or food supplements from them are ... 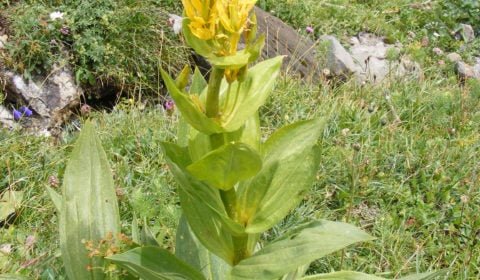 Herbs 21.10.2018
Yellow gentian is a perennial plant of the gentian family, which, in addition to gentians, also includes earthworms or potals, a plant forming an undergrowth of South American rainforests and used ... 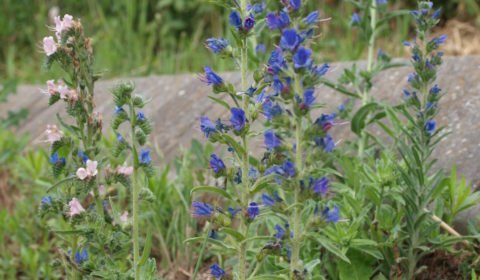 Herbs 8.7.2018
Would you like to know why this herb is called "hadinec" in Czech (and "echium" in Latin, which has the same meaning)? There are two theories ...